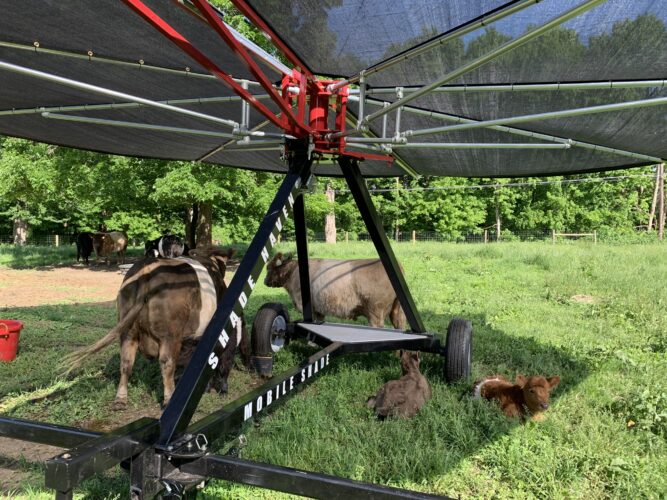 University livestock programs throughout the U.S. give Shade Haven mobile shade systems an A+ for improving animal wellness and boosting pasture health. Shade Haven systems are part of grazing and livestock programs at USDA facilities and universities in Arkansas, Texas, Virginia, North Carolina, Nebraska, Massachusetts, Kentucky and Tennessee, with increasing interest from other institutions throughout the country.

The University of Tennessee – Knoxville purchased two SH1200 mobile shade systems in 2017 for use in its Beef Heifer Development Program, which takes on the often-costly task of developing replacement heifers for Tennessee cattle producers. The development facility takes in spring- and fall-born heifers for 10 ½- and 11-month periods.

“We develop those heifers with the best management protocols, put them through an artificial insemination program, and get them bred and returned back to the producer,” explains Kevin Thompson, director of the Middle Tennessee Ag Research and Education Center.

At the Development Center in Lewisburg, some 300+ heifers rotate through multiple pastures; not all pastures offer access to natural shade. “Those Shade Haven structures have been invaluable in terms of helping us manage the welfare and comfort level of the heifers that we raise,” notes Thompson.

While the Shade Haven structures contribute to cattle health by providing relief from the hot Tennessee sun, the impact on pasture health is equally important and most obvious, notes Thompson. “We are not wearing down and over grazing in certain areas, so we’re not getting a lot of invasive forages, and we are able to maintain our fescue orchard grass pastures. We also utilize those shades in some of the native warm season pastures that are grazed during July, August and early September, so we are able to maintain the integrity of those pastures. Anytime you are able to do that, you are impacting soil health as well, if you look at it from a holistic perspective.” 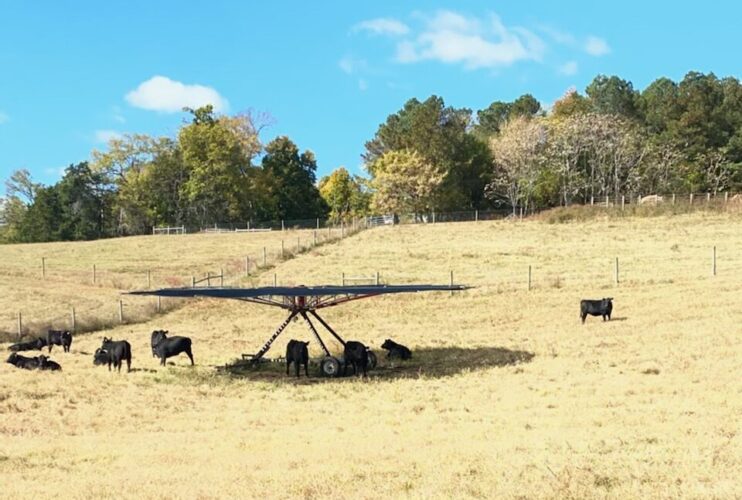 Alston Hillard, Small Farm Outreach Program coordinator at Virginia State University(VSU) also observes vibrant pastures where Shade Haven structures are used in his program, though no formal research has been conducted. “I see good regrowth in those pastures,” notes Hillard. 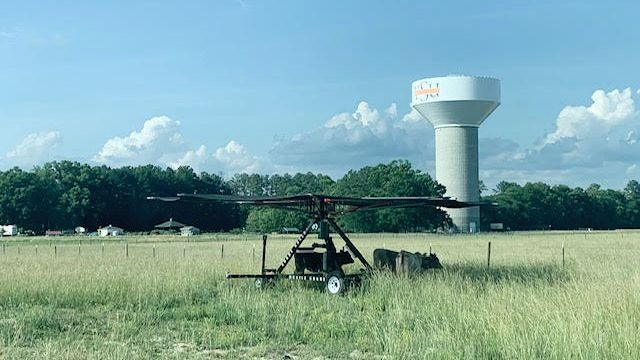 VSU purchased two SH600 structures and one SH1200 in 2021. All three Shade Havens were used with cattle in the 2021 grazing season, notes Hillard. This year, one of the SH600s provided heat relief for 40 goats.

Prioritizing animal comfort and welfare is the primary focus in both university programs. “If the cattle are comfortable, they are going to be performing,” says Thompson. “And if they are performing, we are doing what we should as stewards of the livestock.”

Needed protection from heat stress spurred the 2022 purchase of a SH600 Shade Haven at the University of Massachusetts – Amherst Center for Agriculture, Food, and the Environment (CAFÉ). The center had limited shade near the barns where they monitored their Belted Galloway dams and calves. After one season with the Shade Haven, they are pleased with the results.

“In the past we have had some significant heat stress in the calves that we attend to,” explained Bob Skalbite, CAFE farm manager. “This year with the Shade Haven, even with the high heat and severe drought conditions we have had, we didn’t have problems with heat stress. The cattle had plenty of shade and were able to get out of the sun and keep their core body temperatures at an appropriate level.”

Skalbite adds, “The ability to move the shade around lets us spread the manure around a little more, which reduces mastitis rates by being able to move it to a clean area.” 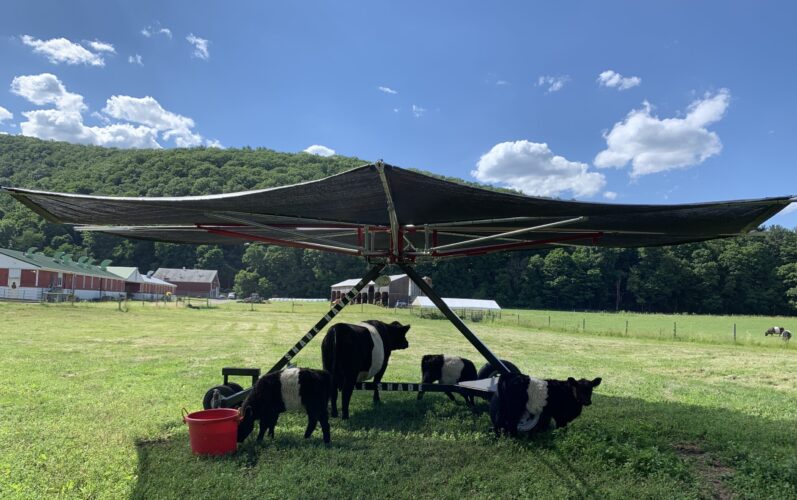 As climate-smart practices become more and more necessary, mobile shade plays an important role in the future of farming. “You can better manage grazing with the Shade Haven, which would help with carbon sequestration; being able to give grass longer rest periods, increase forage growth, and spread manure out,” says Skalbite on mobile shade’s role in climate change mitigation.

Skalbite, Thompson and Hillard all complement the ease of use, transportability, and durability of the Shade Haven mobile shade systems. After two years of use, the Shade Havens at VSU have sustained no damage due to weather or wind, reports Hillard.

After using the Shade Havens for five years in his program at the University of Tennessee Ag Research Center, Thompson notes, “Those Shade Havens are just like they were when we received them. We have made no repairs whatsoever. I can’t say enough about the quality of construction of the Shade Haven.”