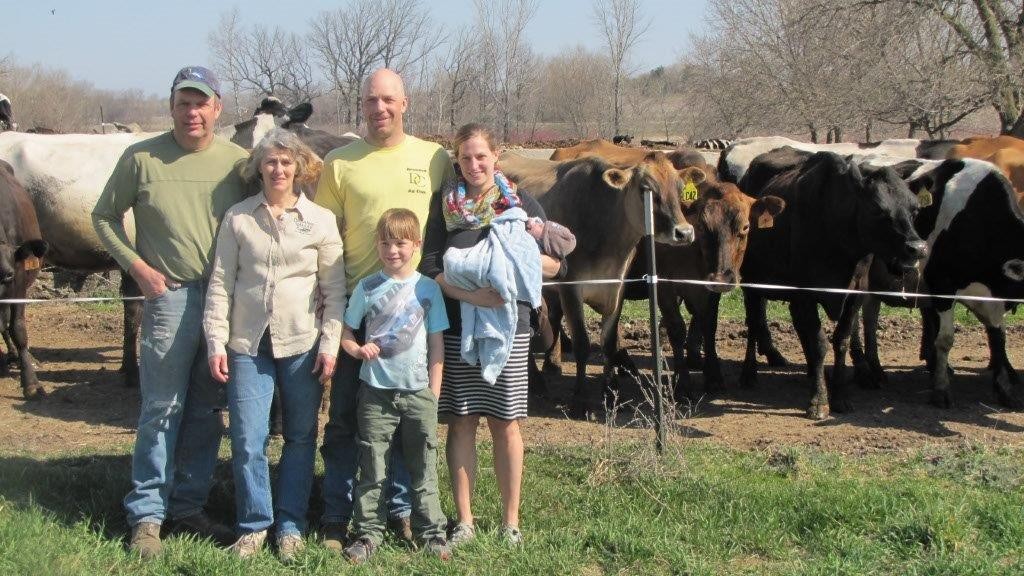 The first question people ask about the Shade Haven is, “What happens when the wind blows?”

No wonder. The Shade Haven looks like something intended to fly or spin or send messages into deep space. But no, it was designed to be a portable shade for livestock and designed using 21st century technology. That means we did not just take a random stab at this and hope for the best. It is designed to handle wind. Here is a true story.

Bob Winkel was born on his farm near Waupun, Wisconsin 56 years ago. He and his wife Jeanette have been dairy farming together since 1982 when he took over from his Dad, and eventually son Caleb became part of the team. They started grazing in 2000 when they transitioned to organic. Like all good dairy farmers Bob and Jeanette struggled with keeping cows cool and comfortable while trying to rotationally graze their 80 cow herd. Although they have some trees and a dairy barn to return to on the hottest days, the ideal situation is to keep the cows on the grass all day, all summer.

In 2015 Bob, Jeanette and Caleb decided to purchase a SH12 Shade Haven to try and solve that problem. “It looked like such a well-made thing I was willing to try it.” In the last week in May they opened it up and put it to work and the cows quickly found out where to find shade and a cool breeze. So far so good.

Only three weeks later Bob had to make a morning trip to Fond Du Lac to do some business. While he was gone, a big, black, summer thunderstorm rolled over his farm and he hurried home  with serious concerns.

Sure enough, he was greeted by limbs all over the road, trees blown down, and a neighbor’s 5 year old heifer shed blown over.

“I was just sure my new Shade Haven, that I had just gotten to really like, would be wrapped around a tree somewhere.”

“But there it was, standing exactly where I left it, wide open and looking like brand new! I was totally amazed…it was like a miracle.”

“When I bought it I thought the price was a little steep but I realize now you definitely get your moneys worth. It is really well built and well thought out and worth every penny.”

“And I guess I didn’t really expect it but we used it just about everyday all summer long. Now that I have used one I would NOT want to farm without it ever again. We move it every day into the next paddock and the cows have come to expect it.”

“It just makes grazing management so much easier. I used to try to graze off fence lines with trees when it was hot and try to plan way ahead. It would just drive you a little crazy. Now we have all this flexibility and I can graze wherever I want, when I want. Makes more milk and makes life a lot easier.”

The cows love it, the farmer loves it, and the wind does not have it’s way.

The SH12 Shade Haven is a brilliant new tool for rotational grazers and a lovely new feature on the landscape.