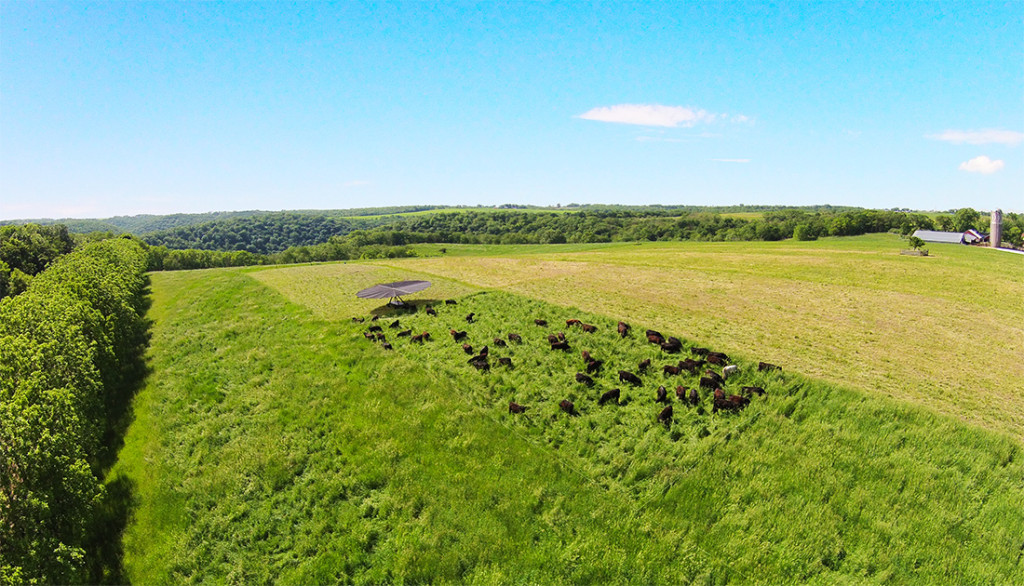 Answer:
“Because up until the invention of the Shade Haven in 2013, a portable livestock shade did not exist.”

And that is a fact.

If in 2012 you Googled portable livestock shade, you would have found exactly nothing. That is, if you wanted a portable shade that was actually portable, and big enough to provide protection for at least a modest sized herd, and didn’t self destruct the first time the wind decided to blow.

You found nothing because nothing existed.

What you did find was a lot of concerned discussion on the effects of too much sun and too much heat on livestock performance, especially on rotational grazing farms and ranches. And you found lots of ideas about planting trees and building buildings with misters and fans, and lots of discussion of breeding animals to tolerate more sun and more heat. And you found lots of sketchy plans for homemade shades and a few things that were kind of portable–if you owned a bulldozer.

If you sat back and looked, you realized there were a lot of arrows all pointing in the same direction: The world needs a good portable shade.

And then the sun came out!

And the Shade Haven was conceived, designed, built, tested and perfected by an old farmer and two young engineers. Using state-of-the-art computer design and drafting tools, Guthrie and Peter took a 3500 year old concept and created a thing of grace and beauty for 21st century livestock grazing.
The Shade Haven is it friends, and it is here to stay.

It solves a problem as old as Moses wandering in the desert and as contemporary as your animals being punished by the heat and looking desperately to hide from the blazing sun.

Answer:
Because they did not exist.
How about poly-wire electric fencing?
4-wheelers?
Zero-turn lawn mowers?
Bale wrappers?
Skid-steer loaders?

Good ideas happen and the world changes for the better.
The Shade Haven, portable livestock shade that really works, is one of those ideas whose time has come.