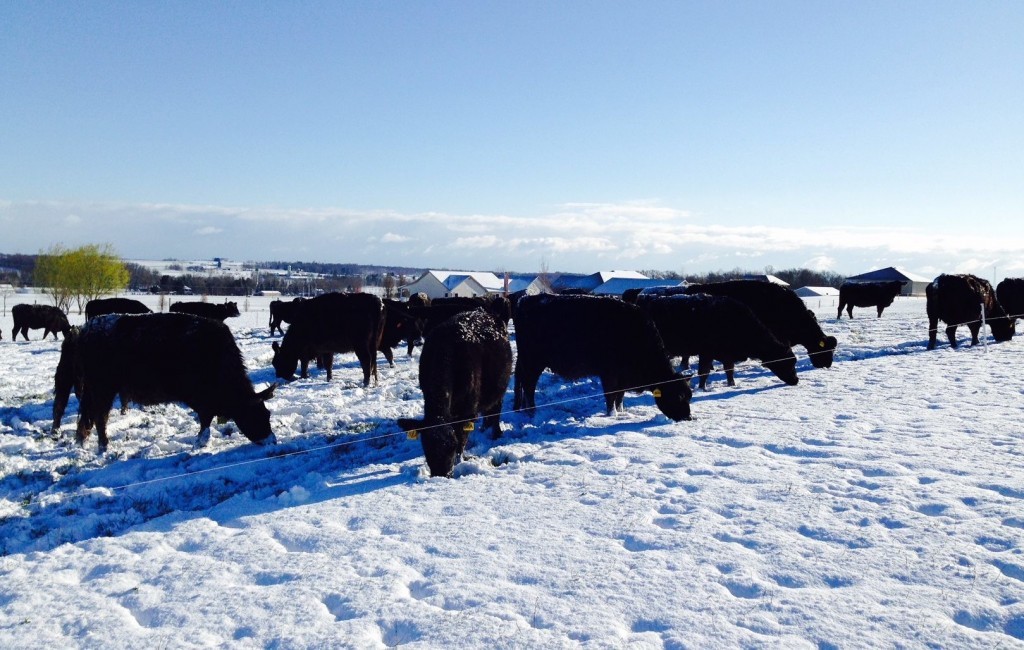 Peter Kiko’s farm in Dalton, Ohio, consists of 190 acres of grasslands that sustain his herd of registered black Angus year-round. And while Kiko’s farm today is a chemical-free oasis surrounded by conventional dairy and grain farms, it wasn’t always that way.

“Up until about six years ago we were conventional grain farmers. We did everything by the book the modern way, with all the chemicals, the GMO seed, all that kind of stuff,” says Kiko. “But it just didn’t feel right.”

A pivotal moment occurred when Kiko told his daughter to shut her windows to avoid exposure to the toxic chemicals he would be spraying on the soybean field behind her house. She asked, “Why would you put that on your farm, Dad?”

Currently Kiko grazes about 70 brood cows. All female calves stay on the farm to be raised with the herd and bull calves are sold. Each year the open heifers are sold and processed for beef. “So either we will get a bred heifer that gives us a calf, or we will have a nice fat female that we sell for beef,” says Kiko. “And if we have a brood cow that comes up open, that’s what we sell for hamburger.”

Kiko says he is still trying to figure how many animal units the farm can handle. “We haven’t hit the max yet.”

The farm follows a mob grazing model—intensive grazing with multiple moves daily within a paddock—for optimal forage quality and production. “We only give the cows exactly the amount of grass they need,” notes Kiko.

A perimeter fence encloses the entire 190 acres. Using a single strand of wire and fiber glass posts, the cows are kept in a paddock with three-days’ worth of grass. The cattle are then moved twice a day within that section.

“After three days the cattle are completely removed from that paddock,” adds Kiko. “Then that grass gets to completely heal and there are no cattle on it for several months.”

Allowing an extended healing time before turning cows back on a section promotes healthy regrowth. That enables year-round grazing, even after the snow flies.  “That grass is up past your knees, and it’s real bushy,” says Kiko. “So if it snows, the grass will hold the snow up off the ground. And the cattle will get their nose up underneath and lift the snow up and eat grass.”

Though drought conditions forced Kiko to purchase hay a couple years ago, that’s not typically the case. “If we can go year-round without hay, that makes it profitable, and the cows are healthier because they are eating the grass. It gets a little wilted in the winter, but the nutrient value is as good or better than dry hay in the barn.”

For Kiko the one thing that interrupted the movement of cattle across the farm was the summer sun. On hot humid days, he had to move the cattle where they had access to shade – either near trees or under a permanent shade structure.

“It messed up our system,” notes Kiko. “And all the manure was ending up in the woods or underneath the shade by the water and that would create mud and fly problems…We actually lost a couple cows over the years because of heat.”

After researching Shade Haven mobile shade structures, Kiko purchased an SH1200 in fall 2017.  And though he hasn’t used it yet, he considers it a wise investment. “We’re paying for one whether we have one or not, because we’re losing performance in the cattle. We might as well have one and get the benefits.”

Kiko plans to use the Shade Haven in the hottest part of the summer. “We’re hoping it helps us keep the flies down, keep the manure and urine spread across the farm, because we’ll move it across the farm, take some stress off the cattle. The breeding season is August 1 to October 1, so we catch the heat in August. We are hoping we notice it in our conception rate.”

Bringing the farm back to life

Three generations of Kikos – five children and five grandchildren – work the farm and help with the family’s auctioneer business. The youngest son Jake is the farm’s herdsman and Kiko’s wife Joni and daughter Lana handle the beef sales. “The grandkids are all involved with the cattle and the calving. It’s kind of a family affair,” notes Kiko, who does not regret his decision to convert the farm to natural grasses.

The farm is getting healthier, says Kiko. As the soil builds up organic matter, it becomes increasingly more drought resistant. The grasslands now provide habitat for numerous rare bird species, which has made the farm a popular stop for area birders.

“As you’re out there walking on the soil, you can feel it,” says Kiko. “It’s like the farm can breathe again. We went from mining the soil to building top soil. It’s a good feeling.” 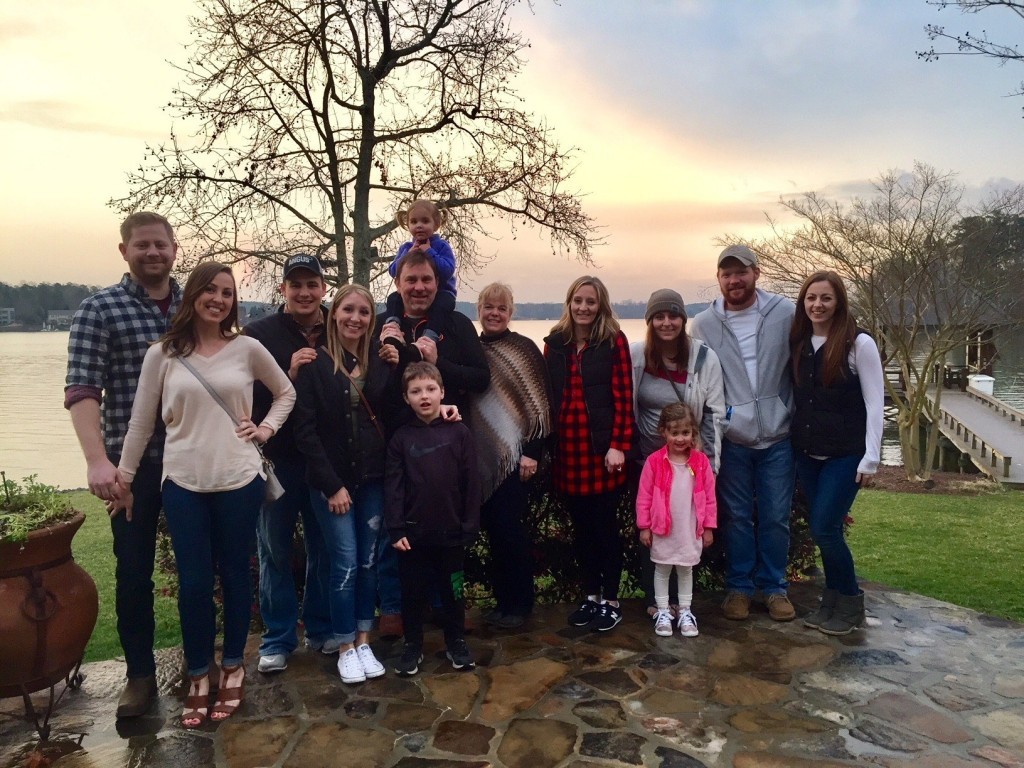 The Kiko Family. Peter Kiko in middle with grand daughter on shoulders.