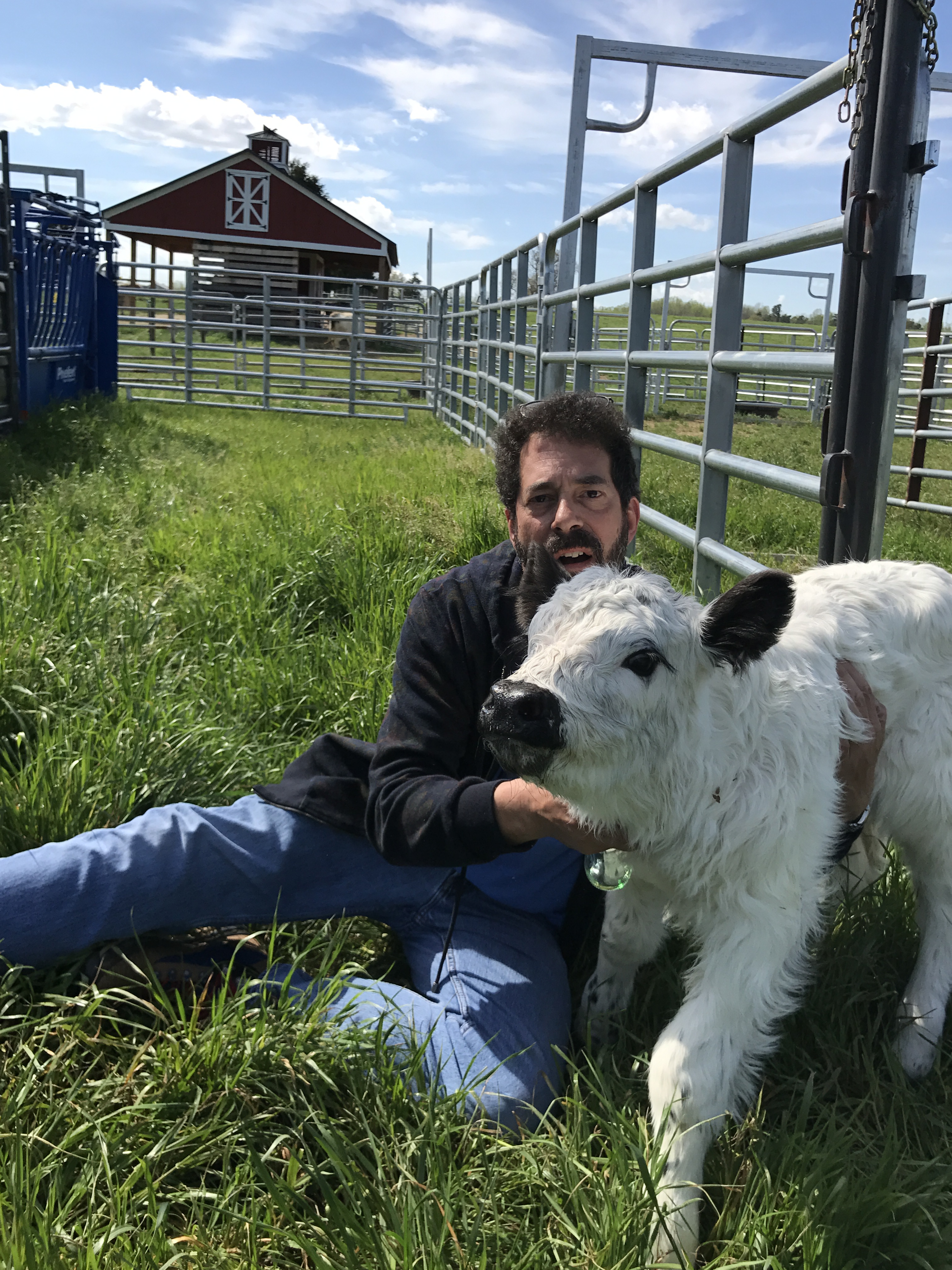 When Geoffrey and Tess Weil first encountered their 111-acre farm in Greensboro, North Carolina, they saw lush green rolling hills and a property they could restore to a working farm. They also envisioned an opportunity to raise cattle on grass without growth hormones or antibiotics.

The Weil Family Farm raises a hardy breed of Galloway cattle. The couple discovered the breed while on vacation in the Scottish Highlands. “When we came back, we did some research and discovered that not only are the Galloways a heritage breed, they are also on the conservancy watch list as a threatened breed,” notes Geoffrey Weil. “So, we’re also helping a threatened species establish its numbers.”

Thirty-two Galloway cattle, both black and white, graze the farm’s four 15-acre paddocks. Committed to sustainability and rotational grazing, the Weils use a Shade Haven mobile shade structure to get maximum impact from their pasture. “There are trees on the east side of the pasture, and no trees toward the west,” Weil explains. “In the morning the cows, luxuriate in the shadows created by the trees on the eastern part, and then in the afternoon they gravitate to the Shade Haven on the western part of the pasture.”

To prevent distress of land under the Shade Haven, Weil moves it sometimes two or three times daily. “It is very easy to re-deploy. In fact, the cows like it so much that when we move it to another area, they follow it as if it were a bucket of feed.”

Weil disagrees with feeding grain to fatten cattle and hasten their time to market. “Integral to our vision of raising cows is that cows are not supposed to eat grain. We raise our cows on pastures of clover, fescue, and ryegrass.”

Galloway beef has won awards for its superior flavor. Ultimately the Weil Family Farm will sell its high-quality, grass-fed Galloway beef to individuals and local restaurants. “Since our cows can only eat grass and supplements that conform to AGBA standards, our cattle will take an extra year to get to market,” says Weil. “But it will be worth the wait.”

While grass is a must on Weil Family Farm, so is the Shade Haven.

“It’s funny the way our cows tend to gravitate toward the Shade Haven,” says Weil. “We leave it out all the time – unless we are expecting severe storms. Even when it’s cloudy, you find our cattle under the Shade Haven. It’s a comfort zone for them.”