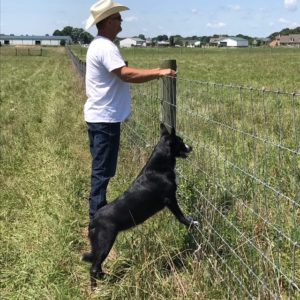 Lori and Steve Roseberry are in the business of raising reined cow horses and enjoy showing cutting horses. This year they purchased a Shade Haven mobile shade system to reduce heat stress and improve weight gain for the stocker cattle they run on their farm, Little Roc Ranch, in Circleville, Ohio. 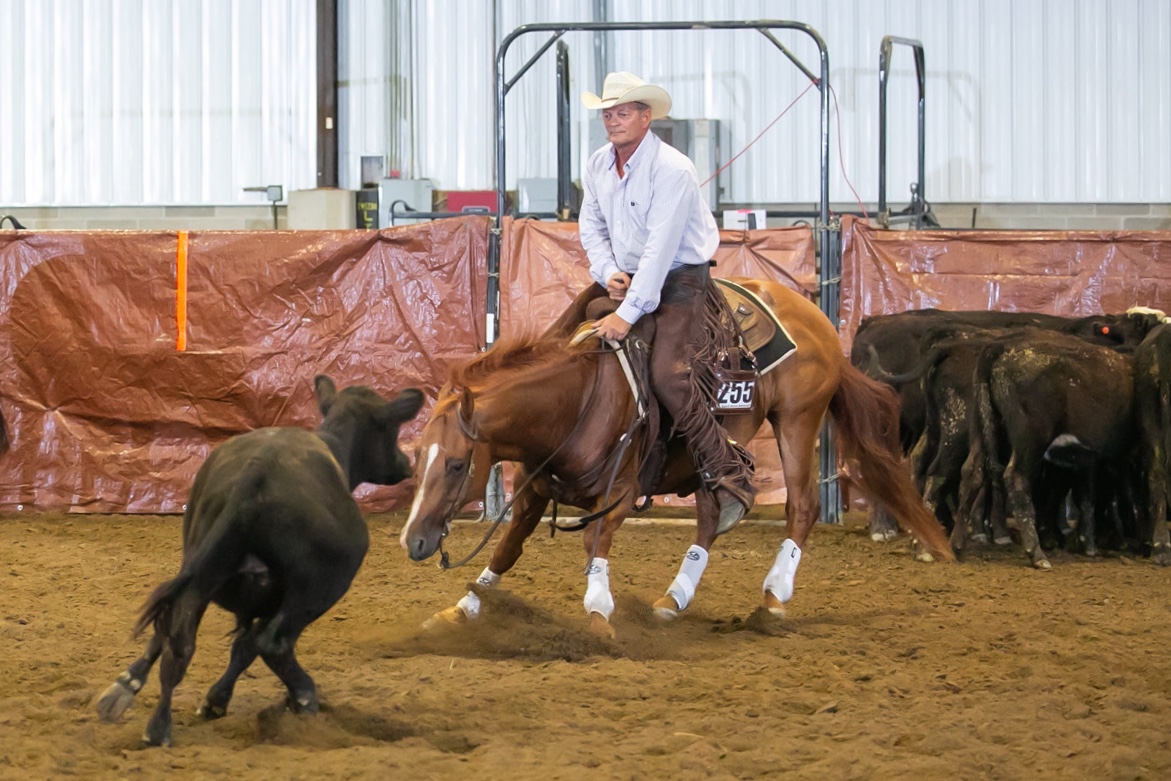 horses. The couple currently has 12 horses on their ranch and nine others– including foals and embryo mares – in Texas.

“We have a total of 48 acres here where we live. We run between 20 and 25 head of cattle here and another 76 or so on another place,” explains Steve Roseberry. “The reason we got the Shade Haven was because none of the pastures here have trees.”

A long-time rotational grazier, Roseberry moves the cattle through six paddocks. “In early spring, when I first bring on the stockers, I move them every day or every couple of days and then as we get further into the summer, I slow that down,” he explains.

Observing some heat stress in his cattle, Roseberry considered adding permanent shade shelters. “But I didn’t want to put permanent structures in every pasture, so that is why we opted to get the Shade Haven.”

Roseberry uses a tractor to move the Shade Haven with the cattle. “I have 16-foot gates in most of the pastures, so I don’t even have to fold it up to move it. If I do have to, the design of the Shade Haven is very efficient as far as being able to fold it and open it back up.”

After just one grazing season with the Shade Haven, Roseberry says he’s already noticed a difference in terms of weight gain. And he’s done the math on the benefits of mobile shade in his pasture. “It has certainly reduced the heat stress on the stock,” he says, “It will probably pay for itself in three or four years.”